The RRS held its monthly meeting, December 8, 2017, at the Ken Nakaoka Community Center. With the wildfires throughout Los Angeles and Ventura counties, many of our members had difficulty making it, but we were still well attended. We started late at 8:01pm. 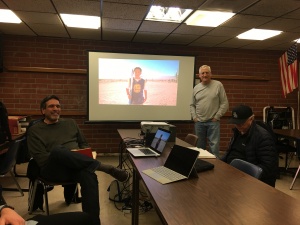 In old business, we discussed the successful launch event on November 18th with the LAPD CSP and the kids of Grape Street Elementary and the Imperial Courts housing project in Watts. The kids actually recovered 11 of the 13 rockets launched and even found two others from the previous program. This was a very impressive feat given how easily an alpha can get lost in the desert scrub.

The event with Imperial Courts included a tour of Los Angeles AFB in El Segundo. At this event, the kids made paper rockets and used a pneumatic launcher provided by the officers at the Space Heritage Center. This was a very popular event so Frank bought a launcher for the RRS. We may build another one to have at the MTA. They simple and a very easy way to demonstrate the principles of good rocket building.

In new business, Larry Hoffing, our RRS election chair announced the results of officer elections for the new year, 2018.

I am glad to serve the RRS for another year as your secretary. 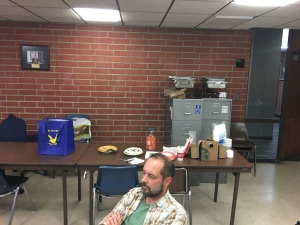 In the second order of business, I reminded all of our attendees and to our members reading this, that your $40 annual dues should be paid to keep the society running. I like to remind people at the start of a new year to pay their dues. We have a lot of things planned for our 75th anniversary year and we should start things right by renewing our memberships. The “DONATE” button on the RRS website works through Paypal and for some can be a convenient way of getting their dues paid straight to the RRS. Osvaldo gets a note once donations and payments are received, but each member can help the process by writing down in the comments segment what they are paying for such as “DUES” and include their name.

The students at Chaminade College Prep school in Chatsworth had a successful firing of two solid motors at the MTA that they made. They have approached the RRS on how they can continue their research. We have invited Chaminade to come to our meeting to present the results of their testing and discuss future endeavors.

The next RRS educational event through LAPD CSP will be early in the new year. Frank will be meeting with LAPD on January 12th to discuss the upcoming event with Florence Griffith Joyner Elementary school.

The RRS has been discussing the purchase of resources to continue supporting our growing launch events and the current projects we have started such as the SuperDosa project. After some basic discussion, this topic will be addressed in detail at the next month’s meeting when proposals and actual costs can be compared. The RRS needs to prepare specific cost proposals on improvement projects to better assist ourselves and potential donors in seeing what our needs are and how to best help us.

Frank was able to produce a short quantity of business cards for Larry who is running the education events for the RRS. We hope to get more schools involved and having a card helps leave our contact information with the right people.

The use of digital membership cards instead of paper ones was discussed. Given our membership numbers today, we are still able to provide paper membership cards to anyone specifically requesting one. Bill Janczewski has worked up a new design for these membership cards. To any of our membership desiring a membership card, please renew your dues, then contact the secretary by email providing your mailing address to receive this card. Or, send me an email letting me know you’ll be coming to the next monthly meeting.

Steve Majdali was in attendance at the meeting and brought his membership card from 2002. The new ones will look considerably better. 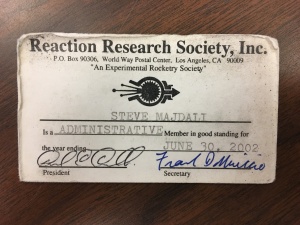 A short discussion about the details of the symposium in April was discussed. Food vendors will be solicited and we hope to make our vendor selection soon. Next month’s meeting will spend more time on the subject of the symposium which is coming soon. Frank Miuccio and I have begun soliciting speakers and exhibitors, some of which have already confirmed their attendance.

Submittals for the Astro-Jet newsletter are about to be closed. This was the last meeting to bring in articles. We have had some submittals, but we are still missing many others. PLEASE submit your articles to the secretary as soon as possible. Sale price of the Astro-Jet print copies will be $10 which is roughly the same cost as the quarterly newsletters of the society back in 1946 when scaled for inflation. Bill has worked up a basic layout and all we need is the final content to make it complete.

In other items that were not on the agenda, Bill Janczewski attended the downtown LA (DTLA) Maker Faire on Saturday, December 2nd. He felt this would have been an excellent venue for the RRS to have a booth and inspire people to join the RRS. The RRS will try to be part of next year’s event.

Richard Garcia has had some success in working with the Friends of Amateur Rocketry next door. The FAR group had interest in Richard’s methane dewar and will borrow it for events at the FAR site. In exchange, the FAR group has made some modifications to the dewar including a cart for easier transportation of this heavy, vacuuum-jacketed vessel. Our thanks to John Newman and Steve Harrington. Richard will provide the RRS next month with a piping and instrumentation diagram (P&ID) to show the different features of the LNG dewar to assure safe operations.

As a last minute item, I reported some progress with modifying my timer circuit for my alpha parachute system which will hopefully fly at the next MTA event. Many thanks to Andrew Ning for his advice and practical skills. After replacing the relay with a lower-current solid state device, the circuit works much better. Still, I need a 3D printed plastic part to mount my recessed switch into the PVC payload tube I have made. Frank said he could help me get a prototype printed if I provided the solid model files.

The RRS welcomes two new members: Dr. Nancy Squires and Mr. Michael Lunny. Michael came to his first meeting last night and we were glad to show him the fruits of our labor from this busy year.

Our final event at the meeting was watching the final program made by the USC Impact News team who followed the entire progress of the Imperial Courts class with the RRS including the launch event. It was very professional and a touching reminder of why the RRS has our mission to educate and inspire. We hope to have copy of this program to show our audience sometime in the near future.

Please let me know if I have missed or misstated anything here. Our next meeting will be January 12, 2018. In the next meeting, we will discuss the next launch at the MTA and expand upon the work necessary for the upcoming symposium. I will also present the quarterly update to the SuperDosa project.

Hope to see you there. 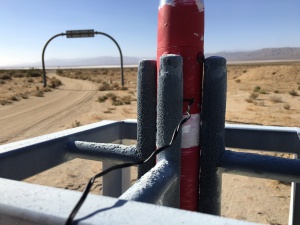 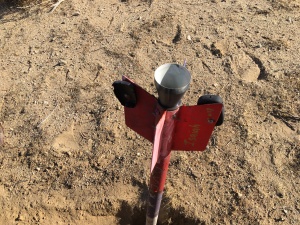 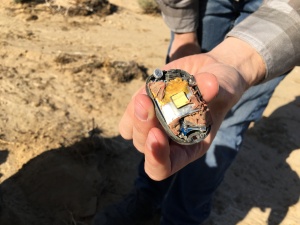 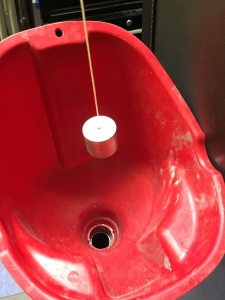 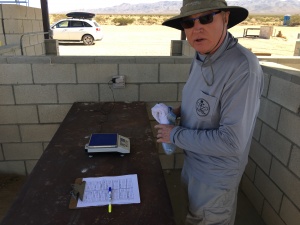 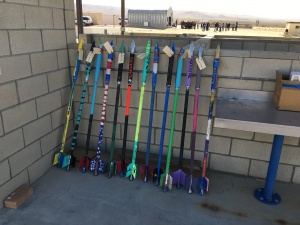 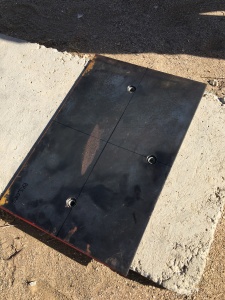 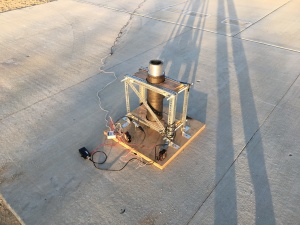 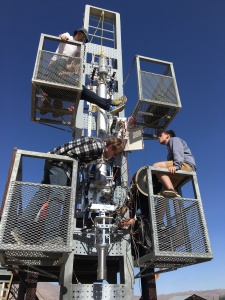 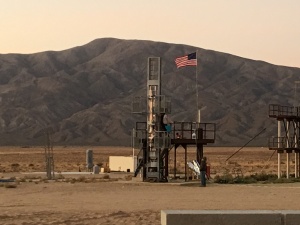 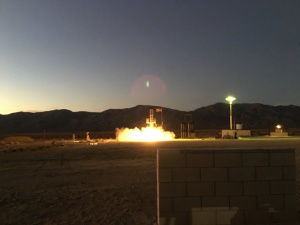 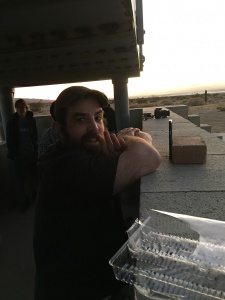