Aerospace Corporation held a private launch event at the RRS MTA on Friday, July 23, 2021, for a group of interns soon to return back to school. I was the pyrotechnic operator in charge for this event with Drew Cortopassi as my apprentice. It was an ideal day for launch with low winds all day, but the Mojave summer heat was formidable as ever with temperatures reaching over 100 degrees before noon.

This was the first time the company organized a build-and-fly type of event. RRS members also employed at Aerospace were able to recommend a common and reliable model rocket design with F-sized motors. The participants arrived early and were well organized and prepared. With a diligent safety officer from the company, no one had any significant problems with the heat. After our standard safety briefing, the event began with launching all 18 rockets prepared that day, with only one dud motor which was easily replaced.

Spotting the rockets in flight is challenging even under open blue skies such as we had that fine day at the MTA. All but two rockets were recovered. Some drifted further away from the range and some weren’t able to recover all parts from thier rocket. As many wanted the keepsake, it is a lesson in amateur rocketry that recovery is not guaranteed.

The fun wasn’t limited to just the interns that day. I brought my small Estes Generic E2X and flew my first model rocket with a peppy little C6-7 motor. In doing so, I answered the Yoerg Challenge issued to all RRS members to build and fly a kit rocket as a team broadening effort.

The last project at this event was an experimental rocket built by Jerry Fuller, Jeff Lang and others at Aerospace Corporation. The details of this project were company proprietary but they were able to use a commercial high powered motor and booster rocket for what appeared to be a successful flight from our 1515 rail launcher.

The society was glad to support individual groups and companies with these kind of events. For organizations interested in having similar educational events at the RRS MTA or simply using our site for conducting private projects, contact the RRS president, Osvaldo Tarditti. 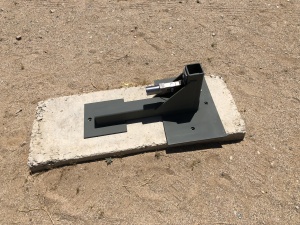 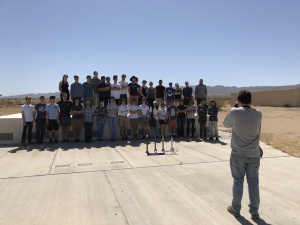 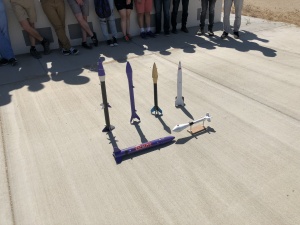 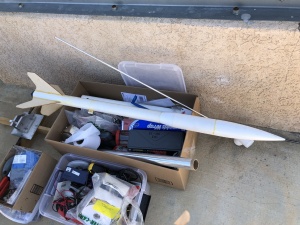 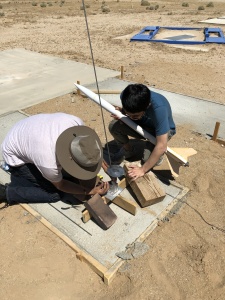 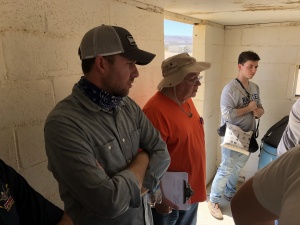 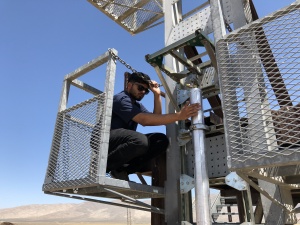 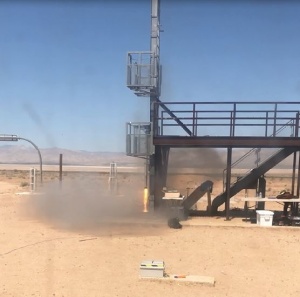 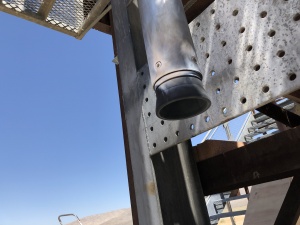 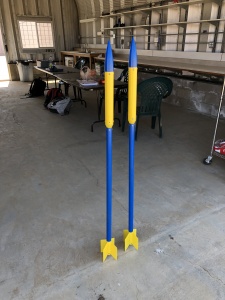 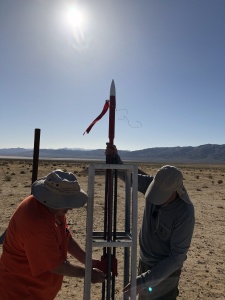 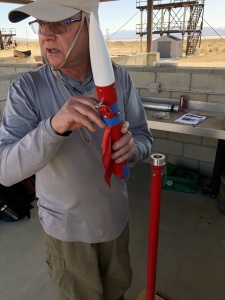 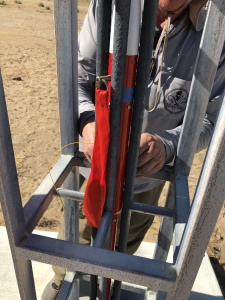 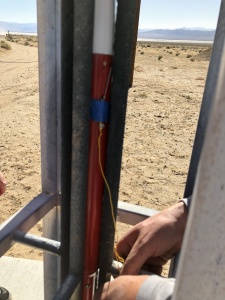 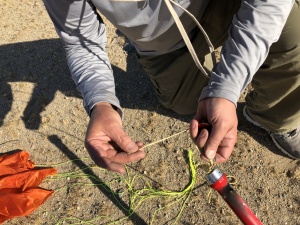 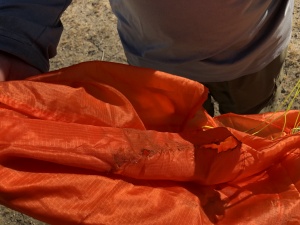 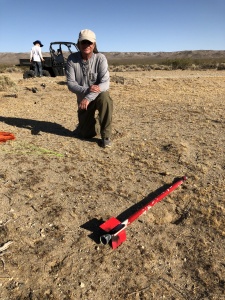 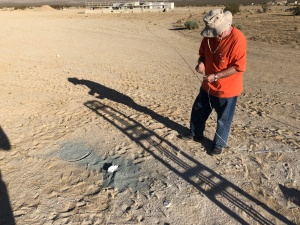 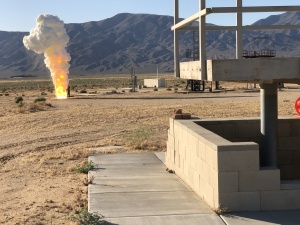