In January 2019, Brandy (Robert “Bob”) Bruce-Sharp passed away. As reported by Mark Clark and Tripoli, Brandy went quickly from non-Hodgkin’s lymphoma. At the BALLS 28 launch this past September, Brandy and wife Abbie’s ashes were launched and spread in an Aerotech M1939 rocket.

Bob was my friend and fellow student at Los Angeles (Robert H. Goddard) Pierce College rocket club that I founded in the early 1970’s. Around this time we met a high school kid named Korey Kline, he was only fifteen at the time but already a veteran shop mechanic. His high school rocket club, inspired by the Pierce club, found a Korean War five-inch diameter HVAR rocket at a vacant military recruiting office.

We proceeded to convert it to a zinc-sulfur rocket which required bolting some ports of the multiport nozzle shut, adding fins, and a payload section- I think Bob’s mother sewed the parachute. I did most of the machining in the school’s metal shop while some of the welding students added the fins. I remember hauling the thing, which weighed about 40 lbs unloaded, for a show-and-tell presentation at the Pacific Rocket Society (PRS) which met at the (now defunct) Northrop Institute of Technology in El Segundo.  B. J. Humphreys was the PRS president at that time.

Bob named the rocket “Bifrost” (pronounced “BIF-roast”) which is the old Norse term for the rainbow bridge to Asgard.  Our mission was to fly Bifrost at the Mojave Test Area (MTA) near the town of Cantil, CA, where the RRS, FAR and Polaris Inc. (under the direction of Dave Crisalli) currently test. In those days the bunker was covered with telephone poles that had been trucked out by RRS member John Mariano and his cousin in the 1960’s.  There’s a pile of them still laying at the MTA to this day! Access to the site was by dune buggy. The yellow blockhouse with its ballistic glass windows still stands at the RRS MTA.

This sets the scene for the launch of the missile on a wooden home-built Bruce rack – 3 aluminum fins had been welded onto a cowling over the casing as we hadn’t realized the launch racks were built for four-fin rockets (Hint: let your new members know about the launch rack configuration ahead of time). The PRS had most of the pyro-op’s at that time.  The PRS pyro-op in charge was afraid we’d blow up the rocket and surrounding area so he made us fill the casing half way with sand. It must have weighed 80 lbs.

5, 4, 3, 2, 1, ignition! The rocket lifted off, flew a short distance, and crashed. The failure to go the distance was attributed to the multi nozzle ports, we didn’t bolt enough of them shut to build pressure. There is a photo of it flying, I gave it to my machine shop professor, and unfortunately don’t have a copy.

Bob was a consummate modeler and draftsman. He won top prize from Estes in 1972 for his remote control Space Shuttle which was a thing of beauty.

Bob started a rocket kit company with Korey in the mid 1970’s called California Model Rockets, a precursor to large/high power rocketry. One of my biggest regrets in life is not joining them in this endeavor. Bob and I had previously invented the largest model rocket in the world we called “The Wopper” . The California State Fire Marshal rules at the time was that model rockets had a weight limit of 1 lbm including the motor, so designing it was no easy task. We got the brilliant idea one day of enclosing foam rings and horizontal balsa slats with construction paper to create giant tubes. The biggest F-sized motor at the time was F-100’s made by Flight Systems Inc. The large model rocket flew spectacularly to about 300 feet.

Bob relocated to Arizona sometime in the 1980’s to pursue drafting, and afterward I lost touch with him. However, my memories are vivid of us mixing and testing “Blue Knight” candy fuel (sugar motors), and launching model rockets at Half (Hof) Mile Square in Fountain Valley, CA (a former air ship site) with the Westchester YMCA Rocket Club. Hof Mile was a trip. Wheeled sail cars raced around on the landing strip as we launched rockets. We’d even have to pick up the gate keys from the local base commander. It was here while looking for a rocket in the tumbleweed that I stumbled upon a huge, beautiful red fox when the area was still wild back then.

Korey remembers Bob as his earliest mentor for rocketry. “By example he taught me to think outside the box!” Korey says he was only fifteen when he met us and we (and his mother) had to drive him to the rocket club meetings. Bob also introduced Korey to B. J. Humphreys of the PRS and Gary Rosenfield at the RRS.

One project we all worked on together was building the Hang Loose Bi-Plane, a one-man glider made of bamboo, wood, wire, & plastic sheeting. We cut and bent bamboo spars for the airfoil wings at Korey’s house over his mom’s gas stove. The glider had around a 14-foot wingspan and a 12-foot rudder.  It was Korey that drew the short straw to fly first. With Korey hanging in the center and the two of us at the wing tips we took off running from the top of a hill in Granada Hills. Korey lifted off about 10 feet in the air and started sailing down towards a school fence at the bottom where he bailed out before hitting.

Another thing we did that I can mention now was flying model rockets out of Korey’s in ground swimming pool. We sealed the motor and electric igniter with wax and lowered the rocket and launch pad to the bottom of the pool with the controller on deck. All I can say is that a sea launched rocket is pretty cool when it breaks the surface!

There were many interesting things we did with Bob and we remember him dearly. He loved his muscle car too, I remember other drivers on the 405 Freeway coming along side trying to race us, but Bob wasn’t a speeder, just a tinkerer. I often wonder what became of that car.

“Brandy [aka Bob] started flying rockets in the 1960’s and at Miles Square Park and very early Lucerne launches. Getting into high power in the late 1980’s, he had moved to the Phoenix area and was a founding member of Arizona High Power Rocketry Association (AHPRA).

Brandy started Sonic Systems that locally sold reloads and nationally 7 1/2″ sized mosquito-type nosecones. Those who saw the ads in High Powered Rocketry (HPR) magazine will remember them. Brandy was also involved with the BALLS launch for the 18 years AHPRA was involved and a frequent poster to these forums. Brandy was a great friend for nearly 30 years.” 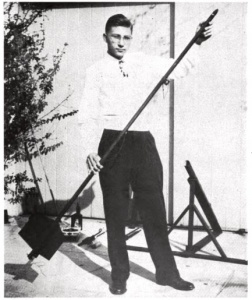 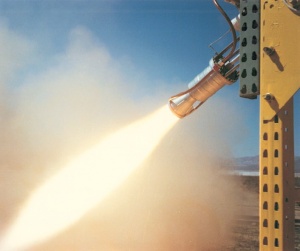 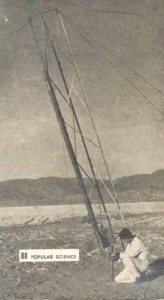 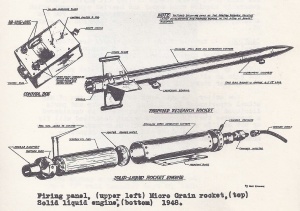 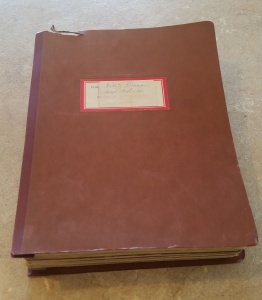