The RRS had a small event at our private Mojave Test Area (MTA) on August 18, 2018, to allow Richard Garcia to test his liquid rocket motor. Richard built a pressure-fed, 1000-lbf kerosene-LOX motor including all of the static fire test stand equipment and control valves. 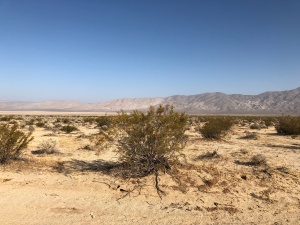 desert morning at the MTA 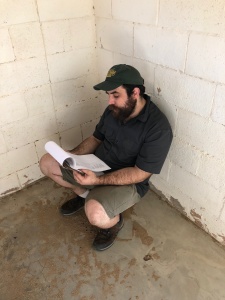 Richard Garcia reviews his list in the MTA blockhouse 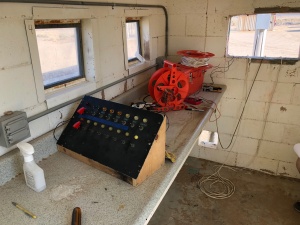 Richard had spent a good part of Friday and early Saturday getting his test stand mounted and ready. He had made arrangements to share the contents of a liquid oxygen dewar to supply the oxidizer he needed for his test with other RRS member, Sam Austin. Sam was also preparing to fire his liquid rocket motor at the Friends of Amateur Rocketry (FAR) site just south of the RRS MTA on this same day. Arriving early in the morning, I was glad to help Richard with the final preparations at the RRS MTA to start the initial checkouts and ultimately a successful hot-fire test. 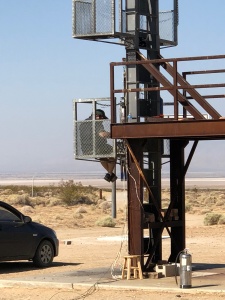 Richard’s 1000 lbf kerosene/LOX motor was designed for a chamber pressure of 300 psig and used a pintle-type of injector with an ablative lined chamber and graphite nozzle. 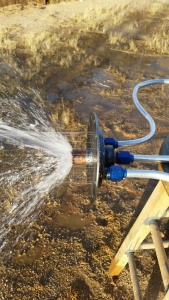 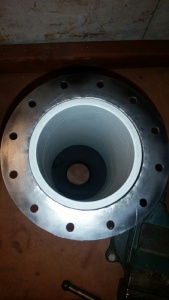 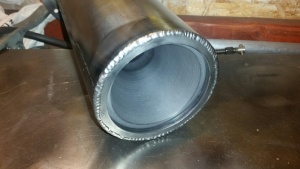 He brought his motor hardware to the January 2018 meeting, but now it was finally time to prove his design with a hot-fire test. 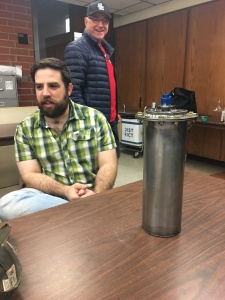 Richard shows his liquid rocket motor at the January 2018 meeting

Richard’s test used a high pressure nitrogen bottle to pressurize his propellant tanks, the left one for liquid oxygen (LOX) and the right one for kerosene. This regulated inert gas source also provided pneumatic pressure for the propellant valve actuators. 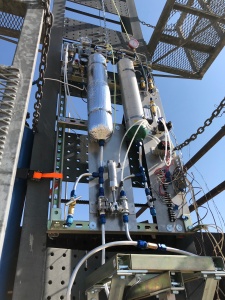 The top half of the thrust stand with the tanks and valves is fixed to the structure. The engine is suspended below and is secured to a plate which was mounted to an S-type load cell. These devices are an affordable means of measuring both compressive and tensile forces by the internal strain gauges built into them. 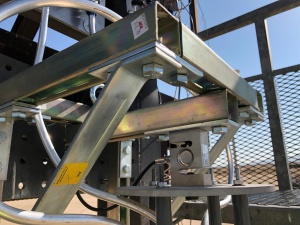 Caution was taken to keep the motor clean during handling and installation by caps on the ports and closing off the nozzle with aluminum foil. 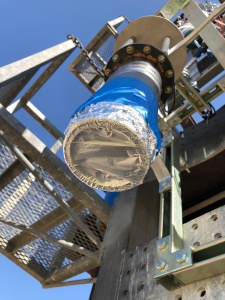 View of Richard’s 1000-lbf motor from below; aluminum foil covering the nozzle exit to prevent foreign object debris (FOD) in the injector 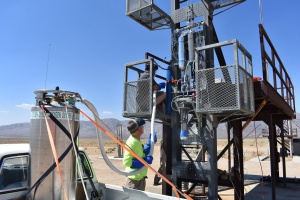 With the validation testing complete and all valves are working, fuel was loaded, then preparations to load the cryogenic liquid oxygen (photo courtesy of Rick Maschek of FAR) 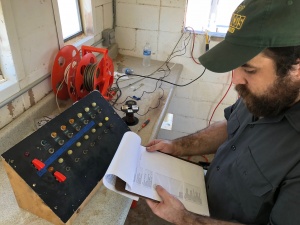 Careful review of the firing procedure before getting down to testing 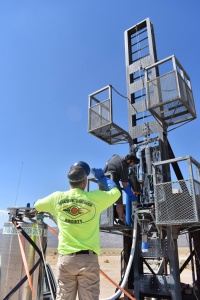 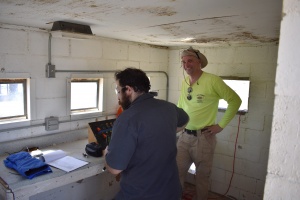 All propellants loaded, everyone in the blockhouse, running the final checks before starting the countdown (photo courtesy of Rick Maschek of FAR) 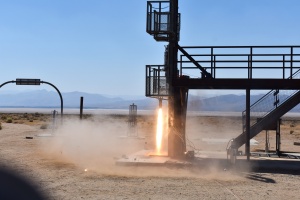 The view from the blockhouse, a nice clean start of the liquid motor (photo courtesy of Rick Maschek of FAR) 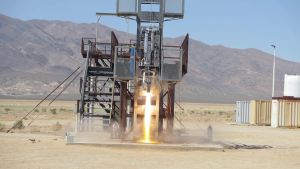 Another view of the rocket firing from Richard’s tripod-mounted camera, 2018-08-18 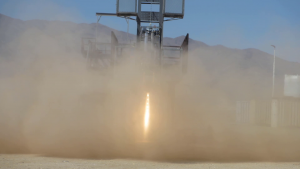 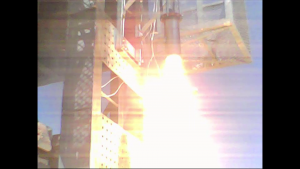 Closeup view of the rocket firing from a small mounted camera; it blew over from the firing but capture this image

Most of the testing seemed to work well. The motor had a clean start and stable run time for the full 5 seconds duration that Richard had predicted. Post-test inspection showed the engine to be in very good condition. 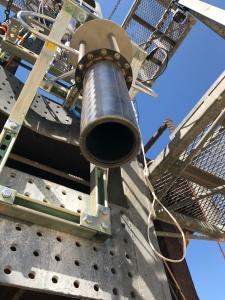 A view from up the nozzle after hot-fire; all looks good 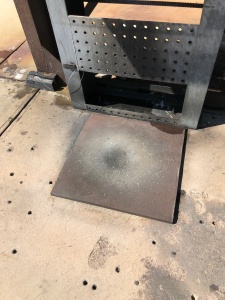 Surface of the 1-inch thick steel plate was melted from the impinging plume; perhaps we’ll mount the next engine a bit higher

Soon he’ll disassemble the injector and chamber to see if the motor can be fired again. This was a great success for the RRS and we hope this to be the start of several liquid motor hot-fire tests as the RRS continues to improve on this powerful type of rocket. 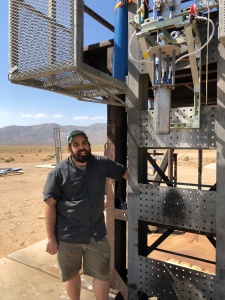 I hope that Richard will be able to present his results at the next RRS monthly meeting on the 2nd Friday of the month. The next RRS meeting will be Friday, September 14, 2018 at the Ken Nakaoka Community Center in Gardena, California.

The RRS would also like to thank Mark Holthaus and Rick Maschek of FAR for their assistance on this test.