The RRS held its monthly meeting this Friday, October 13, 2017 at the Ken Nakaoka Community Center. Our usual meeting room was unavailable that night so we met upstairs in conference room “F”. We called the meeting to order at 7:30pm and read off the treasurer’s report.

Frank, Osvaldo and Larry had just finished the last of the five sessions with Grape Street Elementary in Watts, our latest educational program supported by the LAPD CSP program. 23 kids were in this program and 13 alpha rockets were prepared including one for LAPD and another for the video crew who was kind enough to document each session. Osvaldo has made a really neat rack mounting system for the freshly painted but still unloaded alphas. 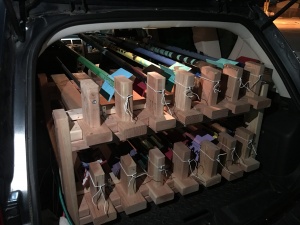 Richard has built a larger rocket candy motor to fly with a parachute recovery system he has built. He brought part of his pyrotechnic actuated dual-deployment system to the meeting. Also in the photo is a cruciform-style parachute that was given to me for use on a beta rocket. 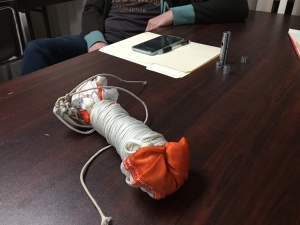 My alpha with a PVC payload tube and parachute recovery system is still in work pending resolution of some internal mounting issues. Osvaldo was kind enough to drill a hole in the point of an alpha aluminum nose cone with which I hope to fly a pitot-tube type flight speed sensor I am making. 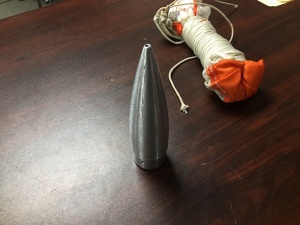 The launch event was originally scheduled for next Saturday, October 21st, however, the RRS MTA will not be available as Polaris Propulsion is still using the site. The event will be rescheduled to no earlier than Saturday, November 11th. Please check the forum for the most up to date news on launch.

Alastair Martin, one of our newest members, had edited the footage taken from the last LAPD launch event in July. He showed his video for the membership at the meeting which was quite impressive. We hope to have this on the RRS YouTube channel soon.

Alastair and his brother had some ideas on how to internally mount a camera within the payload tube of the alpha he hopes to fly at the next event. We discussed these after the meeting was over.

The quarterly update on the SuperDosa project was given. Richard has repaired the graphite dust gathering apparatus for his lathe and hopes to get some of the nozzle pucks turned out for the ballistic evaluation motor (BEM) we are building. Osvaldo is looking for a machinist with a mill to make the upper and lower plate for the BEM. I have bought an adapter fitting for the 5,000 psi pressure transmitter I bought but need to get 1/4″ SS tubing. I am also compiling a list of our chemical materials to make our first batch of the RRS standard propellant mixture.

A discussion of the 75th anniversary symposium was started however with all the work for the Grape Street Elementary program being done, Frank wanted to start discussion at next month’s meeting in November. I have already started to ask some of our previous speakers to return including NASA, AFRL and UCLA. We hope to have many if not all of last year’s speakers return for the April 14, 2018 event. Frank has again agreed to be the symposium coordinator.

The 75th anniversary issue of the Astrojet newsletter was discussed. This special one-time issue for the RRS 75th anniversary will be in print only and issued January 6, 2018. I have approached several people already, but I am making a wider call for articles to all of our membership. Two to three paragraphs on singular subjects related to rocketry past, present and particularly in the future are desired. The submittal deadline is November 15th. Bill Janczewsky has agreed to both contribute an article and help me in producing this one-time print publication to interested parties who provide their mailing address, pay their annual membership dues ($40) and the added price of the issue’s publication (TBD). The cost goes to benefit the society functions including the upcoming symposium.

To all members and invited contributors, send me your ideas or drafts as soon as possible. There is only one month left before the November 15th deadline.
secretary@rrs.org

The RRS history project continues as Richard Garcia has added to our archives with more newsletters and other past publications given by past and present members. I hope to schedule a few interviews with some of our long-time past members depending on schedules. John Mariano is helping me set this up.

UCLA sent two students, John Harnsberger and Nick Kuenning, to the meeting and gave us a rundown of the three projects they are working including their liquid rocket engine (Project Ares) now entering hot-fire testing at the FAR site. They are still working on a few issues with instrumentation, but will be back in hot-fire test again very soon.

USC RPL wasn’t able to come to the meeting but we hope to hear about their goals and objectives for this year soon. USC had indicated that they wanted to fire three solid motors at each of three different testing days. USC has already began testing at the FAR site, but we hope to have the MTA available to support USC on one of these occasions.

Next month will be nominations for the executive council. Larry will be putting forth the ballots to the administrative membership after the meeting with voting taking place in December before the next meeting (December 8th). Results will be announced in the December meeting.

We adjourned promptly at 9:00 pm. The next RRS monthly meeting will be Friday, November 10th.

If there is anything missing or misstated, please let me know. secretary@rrs.org 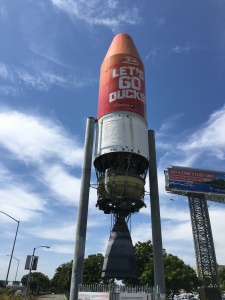 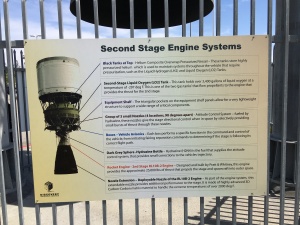 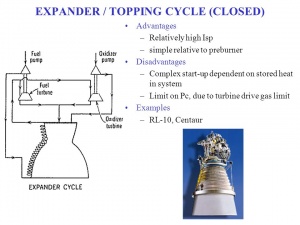 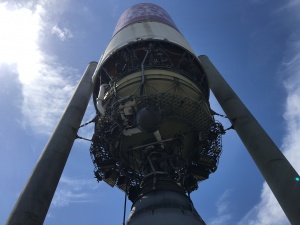 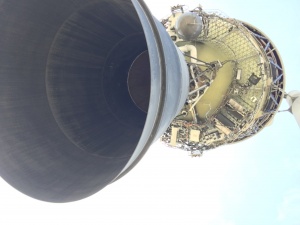