The firing report from the November 12th launch at the MTA has already been described in an earlier post, but I wanted to elaborate on one important topic in particular.

The November 12th launch at the MTA offered the chance to test an improved nozzle for the 1-inch RRS standard alpha. The nozzles are the most expensive and difficult parts to machine. 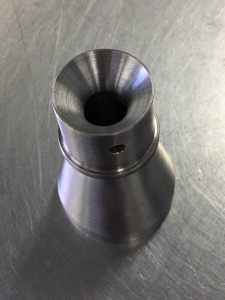 The throat in the 4130 steel nozzles is subject to erosion from the zinc/sulfur high temperature combustion gases (2600 F) as the flow is choked before being expanded from the diverging nozzle section. Although the burn duration (~0.8 seconds) is short and the mass of the steel does not heat very quickly, the transient heating is sufficient to soften, melt and ablate the flow path. Each firing results in opening the throat diameter and reducing the thrust. The flow path also becomes very warped with large pockets of the nozzle are removed at the end of the firing. Typically, the nozzle can be re-used one more time with reduced performance before the erosion becomes too severe.

My goal was to combat the erosion that occurs after each micrograin firing and improve the usefulness of the nozzles over multiple firings. I had the interior surfaces of one RRS alpha nozzle coated with a high temperature ceramic coating at Specialized Coatings in Huntington Beach. A link to the company website is given below:
Specialized Coatings

It is this same ceramic coating process that is used in automotive exhaust manifolds and on the piston head surfaces in internal combustion engines. This coating was applied by hand to the smaller 1-inch nozzle for the alpha. Bonding to the 4130 steel was not a problem for this process. The limits of the process were to be tested under the flight conditions of our standard RRS alpha. A photo of the finished nozzle after the coating process before flight is below. The coating was applied primarily to the interior surfaces particularly at the converging and diverging portions of the throat. For better continuity, the coating was applied to the full length of the interior flow path and around to the outer surfaces as well. 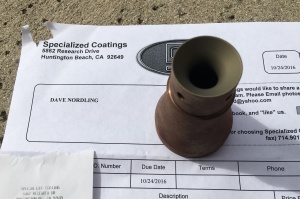 The flight of the alpha was nominal with 3.7 lbs of our typical (80/20, Zn/S) micrograin propellant exiting the nozzle pushing the rocket from the rails. The photo below is of a similar alpha firing just before the one we’re discussing. No visible differences were seen in any of the plumes in all five alphas. 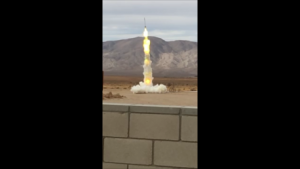 After immediate recovery of the alpha that same day and extracting the nozzle at the MTA for examination, the results were outstanding. No erosion or degradation of the nozzle was seen at all. In the photo below, it seems that zinc/sulfur residue is caked in the throat which is typical from previous firings. No attempt to clean the nozzle was made as the integrity of the ceramic coating underneath was not certain. Although the throat remained in good shape, any reduction in coating thickness or degradation of the coating properties should be examined. 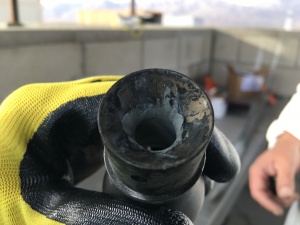 I was going to return the flight article back to Specialized Coatings for careful cleaning and a more thorough examination of the interior surfaces at the throat to see how much of the coating was in tact. Unfortunately, this nozzle was lost shortly after returning to the city. My next step will be to recoat another alpha nozzle for a subsequent alpha firing at the next MTA launch event. More data is good and necessary to learn the limits of this process.

Further, after some members at the MTA inspected the nozzle seeing the clear improvement, it was decided to seek pricing for doing more of the society’s alpha nozzles in bulk as this process seems to significantly extend the life of a key part of the rocket. Further alpha firings will be necessary to determine the limits of the process. Also, testing on the RRS standard beta (2″ design) will be another logical step forward. 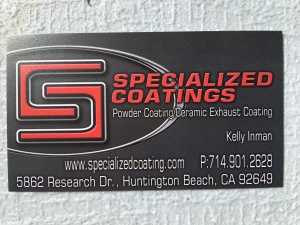 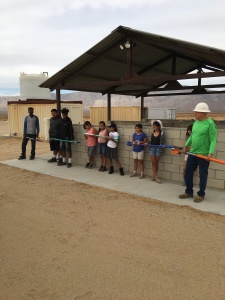 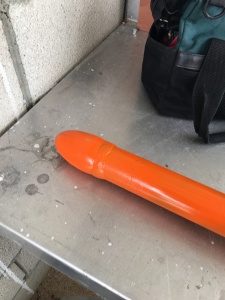 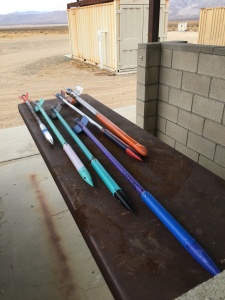 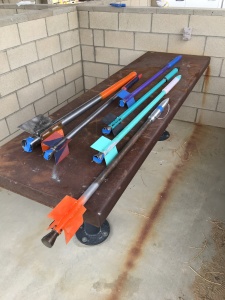 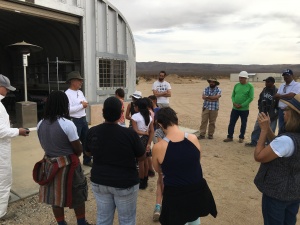 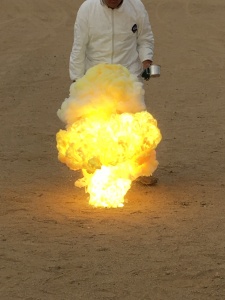 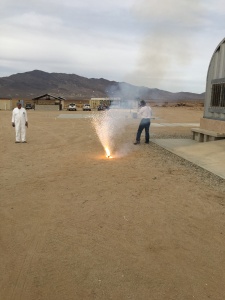 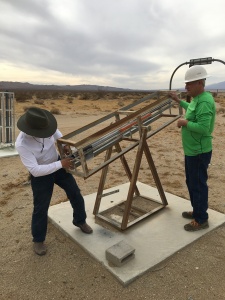 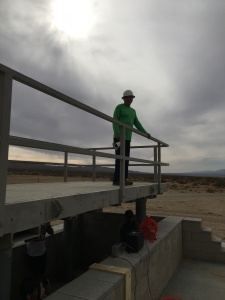 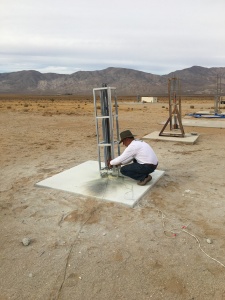 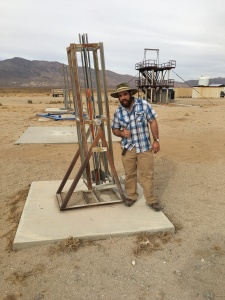 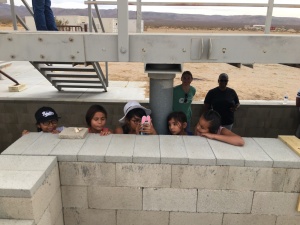 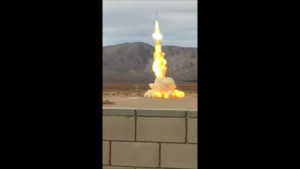 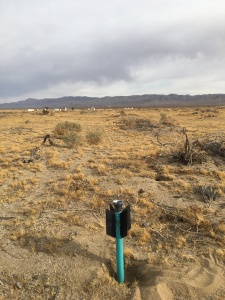 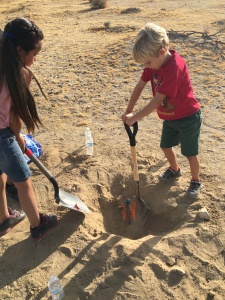 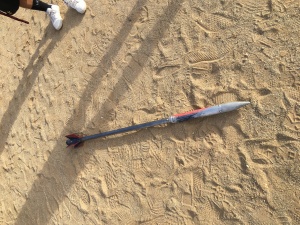 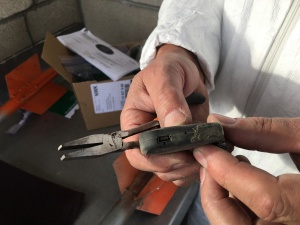 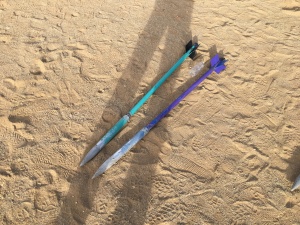 The November 2016 meeting was held at USC tonight. I’ll write down a few things from tonight’s meeting while they’re fresh. We are having a launch event at the MTA tomorrow morning (Nov. 12th) which includes the student teams led by John Mariano in the STEAM program at the Rise Academy in Compton. Larry will launch a beta and I will have my alpha with special features to be tested.

We have three new members joining us in the RRS. Welcome!

RRS nominated new officers tonight. Member voting by email to proceed in the coming week. Richard Garcia was appointed as Director of Research. Richard is the first to hold this position at the RRS since George Dosa.

Frank mentioned a makerspace in Glendale that offers classes in welding for those that want an introduction to this useful skill in amateur rocketry. Molten Metal Works serves the Los Angeles community in one and two-day classes for beginners, intermediate and advanced users with classes offered 7 days a week. They offer memberships and an open shop for repeat users. The link is given below:
Molten Metal Works

Nothing new to report on the RRS symposium in April 2017 this month. It was suggested that the RRS build a full-scale model of the SuperDosa rocket based on the SuperLoki dimensions as a physical exhibit for the symposium. Osvaldo was going to work on this.

The meeting discussed the SuperDosa project where we talked about the SuperLoki and our potential designs that would ultimately meet our goals. The RRS made contact with Robert Kleinberger of Apogee Astronautics. We plan to ask him to give a presentation to the RRS at our next meeting either in person, via Skype or by a narrated powerpoint file he can submit.

If there is something that I missed, please let me know. Next meeting will be Friday, December 9th, back at the Gardena Community Center at 7:30pm as usual.