A friend of mine, Sean Jones, who is a professional skydiver, gave me this website for showing the upper wind patterns (magnitude, direction) at different elevation intervals.  I’m told this website is popular with hot air balloonists.

I think the closest weather station to the MTA is Mojave, California.  It could be a useful tool to predict which way our rockets are landing.

Also, someone mentioned the Friends of Amateur Rocketry (F.A.R.) just to our south at the MTA has a personal weather station.

It should pop up if you enter the weather station ID: KCACANTI2

The RRS held their June 2016 monthly meeting at our usual location at the Gardena Community Center, on the 2nd Friday of the month, June 10th.  We had a new member attend (Jim) as well as George Dosa stopped by.  Meeting started after 8 pm.

2 new members joined the RRS this month (including Jim who was a previous member some years back).  This is a good trend and we should always seek more members both new and prior members returning.

Frank said that within a month, member dues notices will go out by mail.  RRS dues are $40 / year.

Highlights from the June 4th launch were that 10 alphas built by the STEAM class from the Hermosa Beach Middle School were each a success.  Another alpha from another student was launched, making 11.  Osvaldo and I fired the 12th alpha of the day with a graphite insert in the throat and a smoke device in a vented payload section.  I have a separate post on this with some photos.  A new club record of 12 launches in one afternoon was set that day, over our previous record of 10.  This is GREAT!  We continue to build excitement for rocketry as is part of our society purpose.

There were some early problems with the initial alphas launched by prior groups of Hermosa students. The issue may have been with the burst discs used causing over-pressure and unreliable frangibility on ignition.  Through the years, paper-based phenolic material works best as a burst disk material. Circles are cut with a hole saw in a 1/16″ thick sheet.  A single disc is used in the alpha nozzles.  Two discs, back to back, are used in the beta nozzles.

As for new projects, Larry wants the RRS to order 500 lbs of coarse (200-400 micron grain size) ammonium perchlorate (AP) with tri-calcium phosphate caking agent.  He’s found a supplier and we may get a better price per pound if the RRS makes a bulk buy. There was significant interest to have this oxidizer available for members to use in future launches. The logistics are being worked out.

Steve Majdali has made significant progress with his electrochemistry experiments to make oxidizer, using sodium chlorate to make sodium perchlorate.  He has documented his work and gave us a review of the whole process.  Conservative yield is 8 kg per week for his new setup to create sodium perchlorate that has been in successful operation for over 300 hours now.  Steve has pictures of his setup and a report that is soon to be published in the pyrotechnic guild international (PGII).  “amateurpyro.com” in the blog section.  I don’t have the exact thread location.

The RRS is proceeding with building a new toilet system at the MTA.  After some discussion, it was decided that the RRS should go all-in with a buried septic tank type of system.

The new RRS blockhouse at the MTA is also advancing.  The new blockhouse will be a little longer to allow for more room for equipment to be placed inside, but keeping the same width (6′ x 20′).  The blockhouse will have a reinforced concrete roof.  Osvaldo has contact with an engineer to discuss both projects.

Frank is working on having a 2016 RRS symposium for this fall at the Gardena Center including participants (thus far) such as USC, SpaceX, and of course the Hermosa students.  Work is still in progress to get more speakers from universities and technical colleges (UCLA?, UCSD?, CSULB?, LATTC?), companies (Aerojet-Rocketdyne?, Orbital-ATK?, Masten?  XCOR?  Virgin-Galactic?  Firefly?), government agencies (JPL?) and even other amateur rocketry groups like ourselves (F.A.R.?)

The 2016 RRS symposium will be a one-day event.  The date is still being set.  Perhaps near the end of September or on the 2nd weekend of October, which would be the Saturday right after our regular RRS monthly meeting.

Frank showed video of a 1993 firing of a test motor at an RRS symposium done in the past.  The RRS has a YouTube channel (who knew?) which Richard Garcia will upload and post that footage from the 1993 RRS symposium.

Several of our prior RRS members were shown in the footage.  The projects they did back then were quite impressive.  It was mentioned that one of those, Charles Pooley, wrote a book on rocketry.   It’d be great to find a copy.  Someone said that they may have one?

Richard Garcia continues to scan old copies of the RRS newsletters.  He found some on Amazon.  Anyone with old RRS or other rocket society newsletters should let Richard know as he is archiving these.

Frank, Chris and I have worked on an RRS flyer to hand out at events.  In the last revision, the graphics look good.  Chris’ wife is touching up the graphics, but after a touch-up, the flyer will be ready to go.  Copies should go to John Mariano to hand out at the California Science Center where he volunteers.  We’ll make the flyer available to members whenever they need.  it’s good to spread the word!

The status of the RRS PowerPoint presentation is that there is a first draft that is circulating. Larry has given the presentation at Hermosa before so his practical experience is important.  I’ll work with Larry to get another draft turned out next week.  Once that is done, Chris has an expert in pedagogy (education) at USC who can give us advice on how to better reach children with our presentation.  I have given a copy to a few others.  If anyone wants to put in their two cents, let me know?

Larry had said that Meltdown Comics is still interested in holding an RRS Alpha rocket build class.  Someone should follow up and get one scheduled.  The link to the store is below.

No launch is scheduled at the MTA for our regular 3rd Saturday, June 18th.  The heat of the summer is here and people should be cautious about heat stroke.  I, myself, succumbed to a good bout of heat stroke after my searching of the desert for the alpha we launched on the 4th.  You must drink water over the many hours prior to even arriving at the MTA. You must also continue to drink water throughout your time at the MTA.  Beyond sunscreen and avoiding snakes, heat stroke is a potent adversary and it doesn’t always take 108 degrees to take hold of you.

That being said, I will make another expedition out to the MTA very soon to find my last rocket.

Another topic that didn’t make the meeting but were in email discussions this month… I think that the RRS ought to have a windsock at the site to help us easily determine if we have the right conditions for launch.  I think the wind limit is 20 MPH which stems from the aviation industry.  I found an aviation windsock manufacturer that makes such a design so that it will be fully extended at 20 MPH, so if the sock isn’t fully extended, we can launch.

The windsock and wire sock frames come as a combo.  We should get a good one to last over the years.

Granted, for an accurate assessment of the wind, the sock has to be elevated 33 ft above ground level.   We also should make a support pole system that allows us to deploy and the windsock (much like what we do with the American flag) for launch days and stow them afterward.  The cost of a good sock and frame is about $90 and I think the society is willing to proceed with the buy.  We’ll have to get some plumbing piping and fittings and make a deployable support column along side of one of our launch structures.  This should be a simple project to tackle.  I can start a new post to discuss getting this project started if anyone is interested in making this happen. 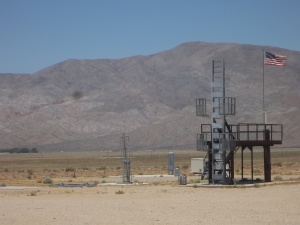 I’d like to see us get another launch date set.  I’m working on another alpha, this time with a parachute system in the payload section.  I need a nozzle.   I was hoping Chris would try again with his sugar-potash rocket.  Let me know when the next launch will be.   Heat or not, we must press on!   Let me know what works for everyone.  I will proceed with build and recommend a date when I think I’m ready.

Send me comments if you think there’s something that got missed or is inaccurate in these meeting notes.  See you next month! 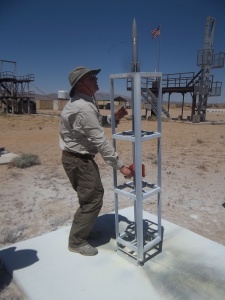 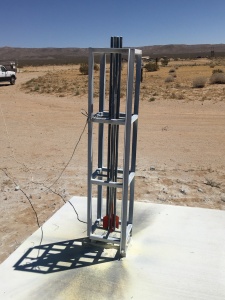 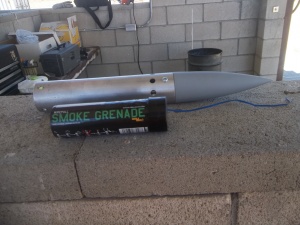 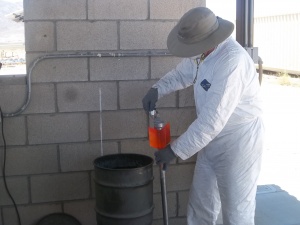