The Reaction Research Society owns and operates the Mojave Test Area (MTA), a 40-acre test site located two and one half hours north of Los Angeles. This private facility, equipped with several static test stands, launch towers, two steel reinforced concrete block houses, observation bunkers, and a rocket assembly building, is one of the most fully developed, privately owned sites in the country for experimental rocket launches. The unique location of the MTA under the controlled air space of Edwards Air Force Base and with miles of adjoining vacant desert allows the RRS to conduct extensive testing that is not possible in many areas of the country.

Visits to or use of the RRS MTA is by invitation only.

Interested parties should contact the RRS well beforehand by coming to our monthly meetings. The MTA is available for responsible groups and individuals upon review and approval of the RRS. Requests should be made first to our president or director of research.

The latitude/longitude coordinates of the site are:
35 degrees, 21 minutes, 2 seconds North by 117 degrees, 48 minutes, 30 seconds West.
Google Earth is helpful in finding it. 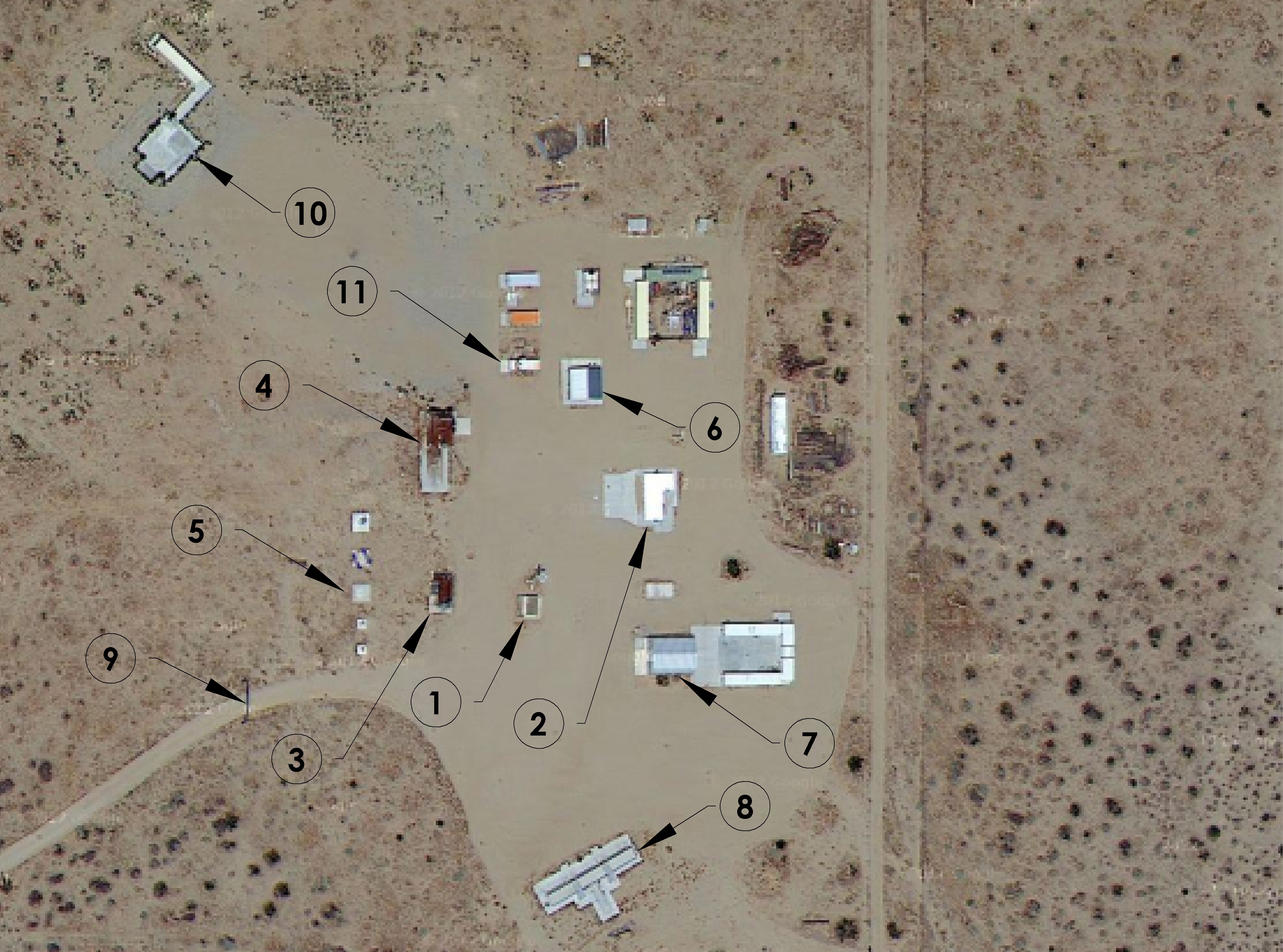 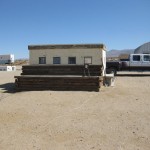 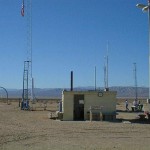 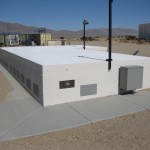 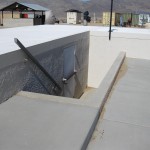 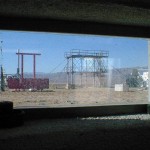 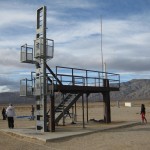 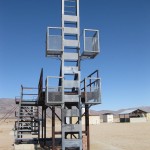 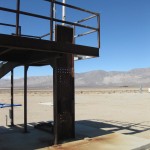 I Beam static test stand. This is the oldest test stand at the MTA 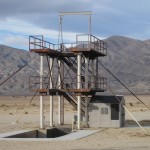 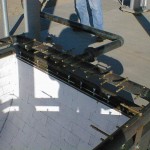 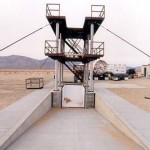 High Thrust Vertical Test Stand when it was new 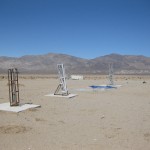 Some of our Launch Rails. We have others that were not assembled when the picture was taken. 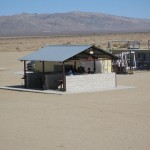 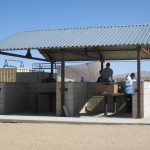 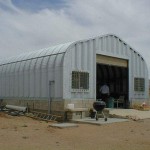 The is the George Dosa building or Assembly and Process Building is a great place for members to assemble or work on projects without being exposed to the harsh desert environment. 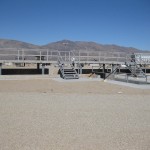 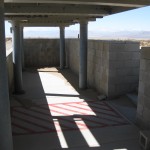 Inside of the Observation Bunker 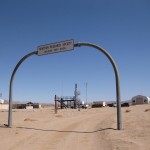 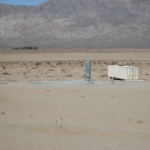 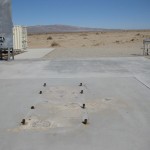 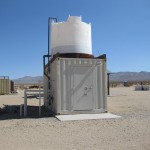 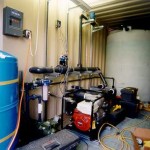 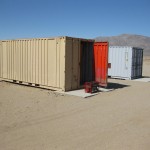 Rocket propulsion experimentation involves many potential hazards.  Personnel attending Reaction Research Society rocket activities will be in the proximity of hazardous chemicals, pyrotechnic devices, electrical equipment, tools, and machinery. The building and testing of such experimental rocket motors always presents some risk, however small, of fire, explosion, thermal or chemical burns, toxic poisoning, fragment impact, or electrical shock, just to name a few.  The danger associated with these activities is such that testing must be conducted at a remote location.  This limits access to the type of emergency medical assistance that would normally be available within city limits.  In addition, the time required for such assistance to arrive on scene might be considerably longer than normal, or an injured person might need to be transported to the nearest medical facility directly by others on scene.  Participants must also be aware that the actions of others attending these firings might result in an emergency situation causing injury to those in the immediate area.  While the Reaction Research Society has never had an accident resulting in injury to any participant in over 70 years of amateur rocket operations, participants attending RRS activities must be aware that the risk of injury or death does exist when engaged in rocket fabrication and test operations.

The following document is the Indemnification agreement that needs to be agreed to by individuals present at the MTA.

For many years, members of the RRS have been building and testing a myriad of propulsion devices from the extremely complicated to the very simple. Many of these projects are remarkable in what has been successfully accomplished with very basic tools and designs. Equally as important as undertaking these projects is documenting them for the benefit of other members of the society. The members of the RRS have been doing impressive and sophisticated work for many years and should receive notoriety both within and external to the RRS. This is an effort to capture information for current and future members, and help add to the prestige of the Society as a whole. These forms are for solid propellant as well as liquid and hybrid systems and can be used for either static or flight testing.

Anyone intending to test any type of system will need to fill out and submit a copy of this form to get your vehicle on the docket. A copy filled out with all required pre-firing data should be submitted to the Pyro-Op scheduled to conduct the event and a second copy should be sent to the director of research. On the day of the firing, the Pyro-Op’s copy can be completed and then filed with the director of research. The submission of this information can be very helpful in several ways. First, it helps to document RRS activities. Secondly, it is a great aid to the Pyro-Op in charge to know what type of device is to be tested and how the testing should be scheduled to maximize efficiency at the MTA. It will also be a great source of the information that the Pyro-Op needs to submit to the local Fire Marshal as part of the permit process and as a courtesy to the Kern County and Randsburg fire authorities. Thirdly, flight testing at the MTA requires a 45 day in advance notification to the FAA. This information will help the permit process here as well.

There is one other major use planned for the information gathered in this form. It will help the editor of the news letter by providing meaningful and interesting information about current projects. It should also be helpful to the membership in keeping up with recent events and can give some well deserved notoriety to the people conducting projects. Everyone who is planning to fire any type of system needs to keep a copy of these forms handy. Thanks in advance for your cooperation with the standard record forms.