The RRS was glad to support UCLA in a series of cold flow tests of their liquid rocket system at the Mojave Test Area (MTA), Saturday, May 27, 2017. The flow tests provided useful data as the UCLA liquid rocket group proceeds with their build for the upcoming FAR-MARS competition put on by the Mars Society.

UCLA conducted three tests in the series to gather pressure data in the blowdown tests for what will be their gasoline and nitrous oxide liquid rocket.

Richard had spotted an alpha embedded in the earth just north of the MTA and slightly east of the alpha launch rails. It was an odd place to find one of the alphas and from the wooden nose cone it would seem that it was one launched from last year. Leakage around the nozzle and one of the nozzle bolts being missing probably contributed to the rogue trajectory. 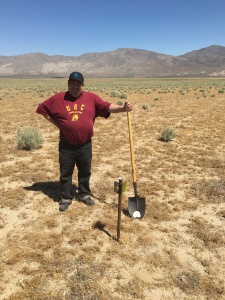 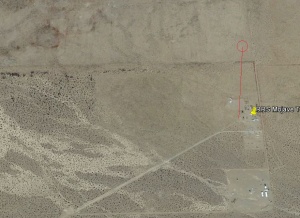 rogue alpha found in the north 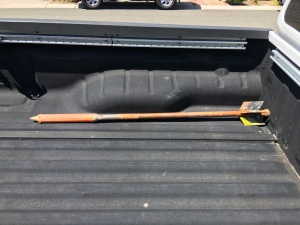 UCLA seemed to get useful data and the results indicated the performance was close to predictions. Several parts including the thrust chamber are still under construction, but the valves, propellant tanks and venting systems were all tested. UCLA should be ready for a hot-fire test next week at next launch event, Saturday, June 3rd at the MTA. 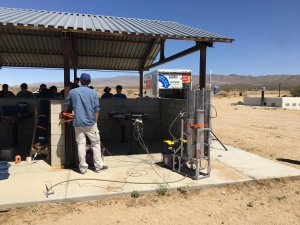 UCLA sets up their liquid rocket breadboard for flow testing 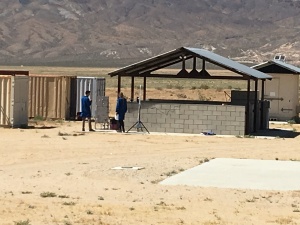 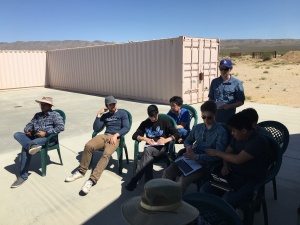 Between tests, Osvaldo and I took a walk downrange in the more southern areas on the BLM land looking for more of the alphas and betas we’ve launched but haven’t yet recovered. It is not yet known where the betas have been coming down, but we think the distance may be greater than previously thought. I found two more alphas much further downrange than expected (~3100 feet). 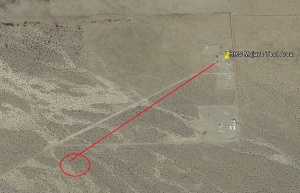 Google Earth has a ground distance measurement tool I used based on my relative recollection of the spot we found those two alphas. My cell phone doesn’t have a strong enough signal to get a specific location marker.

With the hot temperatures, Osvaldo and I only had the strength to dig up one of those found which was an alpha (#10) from the GALA event in March. The aluminum nose cone was very much intact despite the ballistic re-entry into the earth. 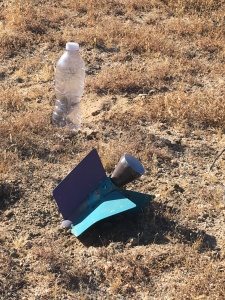 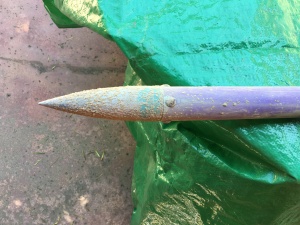 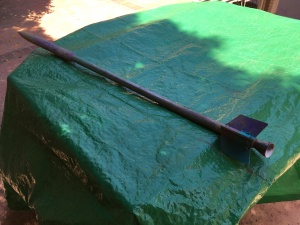 Recovered alpha from the GALA event

The tight clearances and good craftsmanship in this new batch of alphas was very evident in the lack of leakage seen around the nozzle and the considerable downrange distance the alpha traveled.

Next launch event will be June 3rd. It is planned to have UCLA hot fire their liquid rocket, but this will depend on key parts being ready in time. Dr. Mitchell Spearrin of UCLA will have his scheduled launch event with us for the undergraduate laboratory class (MAE 157A) with ten F-motor model rockets, two alphas and two betas. It’s my hope that UCLA will have time to mount some instrumentation in the alphas and betas. It should be a really big event.

If there are any questions or corrections to be made, please contact me:
secretary@rrs.org

For other groups interested in working with the RRS at the MTA, please also contact our president:
president@rrs.org 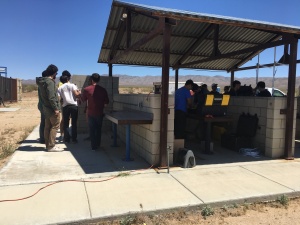 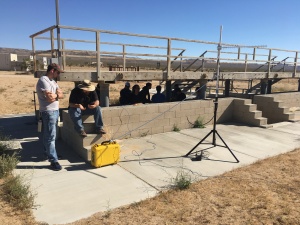 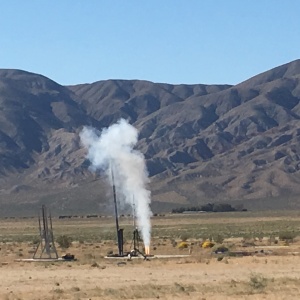 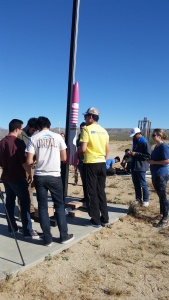 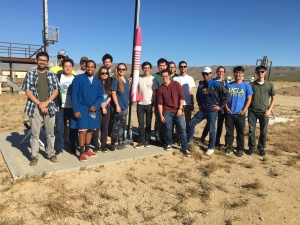 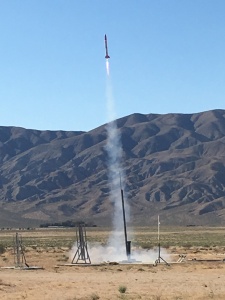 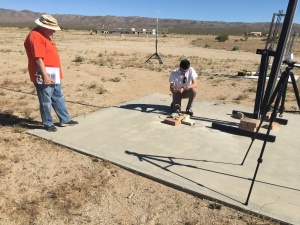